Love and Relationship Idioms and Quizzes 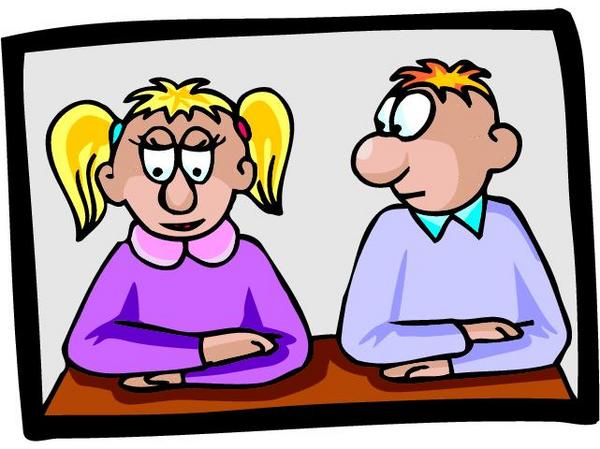 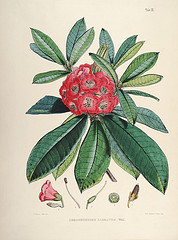 Quiz 3 - Choose the correct idiom to replace the expression in the brackets. Check your score and the correct answers at the bottom. Click on the idiom for the definition.

ask for (someone's) hand in marriage

- to ask someone to marry you

After dating his girlfriend for several years, the man finally asked for her hand in marriage.

- to ask someone to go on a date

The man asked out the woman in his class.

- to feel a physical or emotional attraction to someone, to be interested in someone in a romantic way

I was attracted to the woman at the party from the moment that I first met her.

- a date where the two people have never met before

I went on a blind date in university but it was not successful.

- to cause someone emotional pain, to make someone feel very sad or disappointed

The man broke the woman's heart when he told her that he did not love her.

break up with (someone)

- to end a relationship with someone

The couple broke up after dating for more than three years.

crazy about (someone or something)

- to be very much in love with someone, to be very enthusiastic about something

The girl is crazy about the boy in her university class.


The man is crazy about cars.

My sister has been dating her boyfriend for two years.

It was fun to go on the double date even though everybody wanted to do something different.

The woman dumped her boyfriend after they had a big fight.

- to begin to feel love for someone

The woman always falls for the wrong person and she is never happy.

fall in love (with someone)

- to begin to experience feelings of love for someone

The man fell in love with a woman from his university class and they later got married.

- to find the right person or the perfect person to marry

The woman is hoping to find Mr. Right.

The woman would like to find the right guy.

- the first person that one falls in love with

The girl's first love was with a boy in her high school.

get along with (someone)

- to have a good relationship with someone

The woman gets along with everybody very well.

- to return to a relationship or marriage after separating

The man got back together with his girlfriend after separating for several months.

The young man recently got engaged to his girlfriend.

The girl and her boyfriend surprised everyone when they suddenly got hitched last weekend.

get serious (with someone)

- to become more serious in a romantic relationship with someone

The two students dated for several months before they began to get serious.

give (someone or something) a second chance

The girl's boyfriend left her for several months but when he came back she was happy to give him a second chance.

Many university students have little money so they often go Dutch when they go on a date.

go out with (someone)

- to go on a date with someone, to be dating someone

The man would like to go out with his classmate.


I have been going out with a woman from my hiking club for one year.

go steady with (someone)

The two students have been going steady for three years.

- to be able to get along well with each other

The couple are good together and nobody has ever seen them argue.

have a crush on (someone)

The girl has a crush on a boy in her class.

have a thing for (someone)

- to be attracted to someone, to be interested in someone

The girl has a thing for the new boy in her class.

have a thing going with (someone)

- to have a romantic relationship with someone

I think that the secretary has a thing going with one of the salesmen.

head over heels in love with (someone)

The man is head over heels in love with someone in his company.

hit it off (with someone)

I hit it off with a woman in my photography class and we have been dating for several months now.


The two salespeople hit it off and have a very good working relationship now.

hung up on (someone)

The young woman is hung up on a member of her tennis club.

My sister is interested in someone from her university biology class.

kiss and make up

- to become friends again after a fight or argument

After they had a fight, the couple was quick to kiss and make up.

leave (someone) at the altar

- to decide not to marry someone at the last minute

The man was very nervous and decided to leave his girlfriend at the altar.

leave (someone) for (someone else)

The man left his wife for his secretary but soon discovered that his life was worse than before.

When I saw the woman at the party, it was love at first sight and I knew that I wanted to meet her.


The woman loved the house. It was love at first sight.

made for each other

- to get along extremely well with another person

The man and woman have a good relationship and are made for each other.

make eyes at (someone)

- to flirt with someone, to look at someone to try and attract him or her

The boy was making eyes at the girl in his history class.

- to resolve a quarrel, to forgive someone after an argument

The couple had a big fight at the restaurant but they made up and things quickly got back to normal.


The boy and girl separated but they later made up and began seeing each other again.

a match made in heaven

- a couple who get along perfectly

When the two people finally met each other, it was a match made in heaven.

meet the right girl or guy

The woman always said that she would like to meet the right guy.

- to be in a state of difficulty, to be having problems (usually used for a relationship)

The couple are experiencing many problems at the moment and their relationship appears to be on the rocks.

one's one and only

- the only person that one loves

The man's wife was his one and only since they first met in high school.

the one for (someone)

When I introduced my girlfriend to my mother she said that she was the one for me.

patch up a relationship

- to repair a broken relationship

The couple wanted to separate but they were able to patch up their relationship and now they are very happy together.

- two people who appear to get along perfectly

Our neighors seem to be the perfect couple.

- to ask someone to marry you

The man thought about things carefully before he decided to pop the question to his girlfriend.

- strong feelings of love (infatuation) between school-age children or teenagers

The two teenagers thought that their love was the greatest in the world. Other people thought that it was only puppy love.

The man was very happy to say "I do," at the wedding ceremony.

- to be dating someone on a regular basis

The woman was not seeing anyone when she met the man at the party.

- to decide on a date for a wedding

After thinking about marriage for a long time, the couple decided to set a date.

My friend settled down and started a family after he finished university.

- to end a relationship

The girl and her boyfriend decided to split up after being together for seven years.

- to cause someone to fall in love with you

The woman stole the heart of the man who she was working with.

The couple took their vows at the courthouse in the small town.

- to do something decisive such as get married

My friend will take the plunge and get married next year.

- the three words "I love you"

After several months of dating, the man said those three little words to his girlfriend.

After dating for several years, the young couple decided to tie the knot.

- a genuine feeling of romantic love

It was true love for the young couple when they met at their company.

- love that is not returned, one-way love

The woman was in love with the president of her company but it was unrequited love. He did not love her.

walk down the aisle together

The couple have decided to walk down the aisle together and begin their new life.

walk out on (someone)

- to abandon your partner and end a relationship

The man walked out on his wife.

- to say romantic or intimate things to someone

The actor whispered sweet nothings in the ear of the actress.