Education and School Idioms and Quizzes 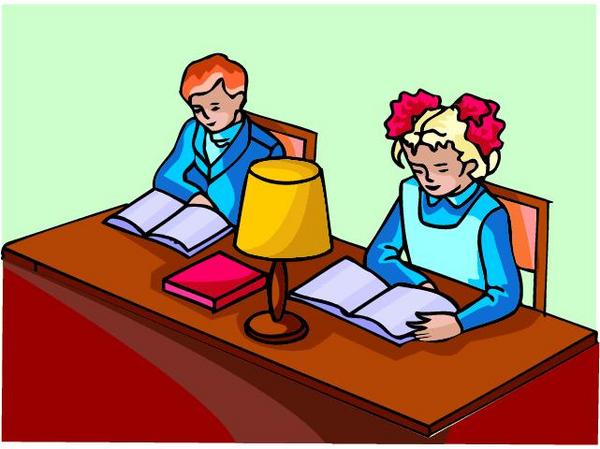 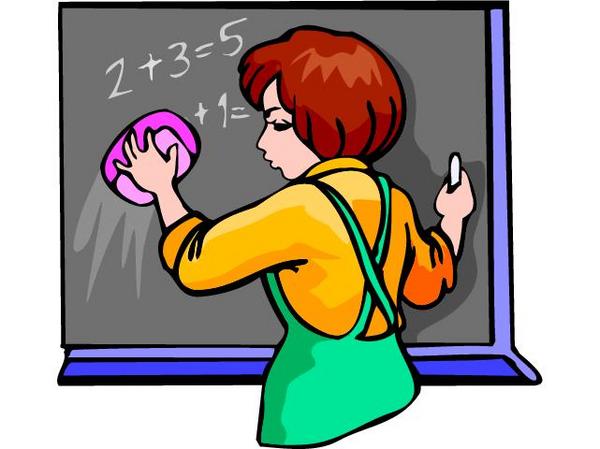 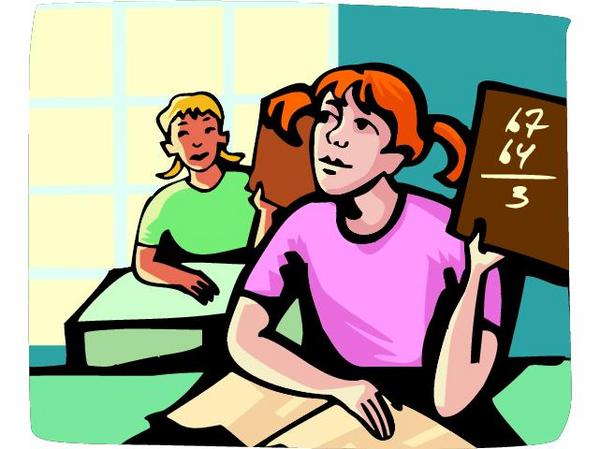 an A for effort

The students received an A for effort for their work on the class project.

- better or higher than average

The boy's marks were above average in all subjects except history.

as easy as ABC

Learning how to use a computer is as easy as ABC for the children.

The teacher believes that back to basics is important in her classroom and the parents are happy with the results.

- worse or lower than average

Most members of the class were below average in the math test.

- someone who reads a lot

My sister is a bookworm and is always reading a book.

- to try to develop an idea or think of new ideas

The students got into groups to brainstorm ideas for the school play.

Every morning when the class starts the teacher calls the roll.

All of the students wore a cap and gown to the graduation ceremony.

catch up to (someone or something)

After my illness, I had to study very hard to catch up to the rest of the class.

- someone who copies the work of another

The children called the girl a copycat when they saw her copying the test of another student.

- to count the number of people

The teacher stopped to count noses several times during the field trip.

cover a lot of ground

- to complete a lot of material in a class or course

We covered a lot of ground during the first month of the science class.

- a school where farming or agriculture is studied

My cousin will go to a cow college when he finishes high school.

- to open a book to study (usually used in the negative)

I did very well in the course even though I did not crack a book until the last week of classes.

crank out a paper

- to write a paper or essay in a mechanical way

I had to crank out a paper almost every week to pass the course.

- to not go to class

I decided to cut class in order to study for my geography test.

The teacher drew a blank when she asked about the boy's plans for the weekend.

drop out of school

My friend dropped out of school and began to drive a truck.

- someone who works very hard and is very enthusiastic

The young girl is an eager beaver and always comes to class before the other students.

The science teacher asked the students to take an educated guess to find the correct answer.

It is difficult to know how much the new stadium will cost but we can at least make an educated guess.

fill in the blanks

We had to fill in the blanks for the questions on the test.

- to fail a course, to fail and then leave school

The boy was very smart but he flunked out of his language class.

from the old school

My grandmother is from the old school and always made her children make their own lunches and walk to school.

get credit for (a course)

- to receive official recognition and credits after passing a course

I was able to get credit for the course which I took in the summer.

get through (a course or a set of materials)

- to finish a course or a set of materials

The boy was a very good student and got through every course that he took.

My sister spent most of the week goofing off and was not prepared for her test.

have one's nose in a book

- to be reading a book

The boy loves to read and always has his nose in a book.

- education after graduating from high school (usually college or university)

The government has recently invested a lot of money in higher education.

- to begin to study hard

After relaxing all weekend I hit the books on Sunday evening.

- a list of people or students with exceptional achievements

My neighbor was on the honor roll during his last year in high school.

- written or signed with a pen

The teacher asked the students to make sure that they wrote the essay in pen.

- written or signed with a pencil

I wrote the test in pencil so that I could change my answers easily.

Several of the company executives went to an Ivy League school.

- to know the alphabet or the most basic things about something

The students worked hard and everyone knew their ABCs very well.

learn (something) by heart

- to memorize something so that you can repeat it without thinking

The children learned all of the songs by heart for the school play.

learn (something) by rote

- to learn or memorize something without thinking about it

We learned many verbs by rote in the foreign language class.

live in an ivory tower

- to not be aware of the realities of everyday life

The university professor lived in an ivory tower and had no idea what was going on around him.

- to be satisfactory and of an expected level

My final assignment did not make the grade and I had to do it again.

meet the requirements for/of (something)

- to fulfill the requirements for/of something

The young woman was unable to meet the requirements to enter medical school.

Many of the students liked to go to a restaurant off campus.

It was necessary to be part of an old boy network to get a job at the law firm.

- located on the grounds of a college or university

There was a bank on campus which many of the students used.

- to pass something easily and with a high score

I was able to pass the science test with flying colors.

- to not go to school when you should

The boys played hooky and went to the video game center for the afternoon.

The university professor wrote many scientific papers. He was forced to publish or perish.

- to start thinking in a serious manner

The boy put on his thinking cap and tried to think of a new name for the school newspaper.

- to read something so that other people can hear you

The students each had a chance to read out loud from the book of poems.

I spent the morning in the library reading to myself.

- to read all of something

I read through the test briefly before I started to answer the questions.

- the ordinary experience of learning from work and daily life

The girl left school early and began to learn about life in the school of hard knocks.

- a particular way or philosophy of thinking about something

There are many schools of thought about how to learn a foreign language.

The little girl brought in a turtle shell to show-and-tell at school.

After a show of hands the class voted to go on a field trip next week.

- a line with one person standing behind another person

The students lined up single file before they entered the auditorium.

After our teacher took attendance we began to do our math lesson.

The teacher took the roll and then we started the lesson.

Teaching some of the students how to use a computer is like teaching my grandmother to suck eggs. Most of them know more than I do.

teach someone a lesson

My friend is always late so I taught her a lesson and left our meeting place before she had arrived.

My sister was always the teacher's pet at her school.

- the three basic skills for a basic education (reading, (w)riting, and (a)rithmetic)

My father studied in a small country school where they studied the three R's.

There were some town-and-gown conflicts when the graduation parties began in the small town.

My grandfather began to work on the family farm when he was fourteen and learned everything from the university of life.

My brother worked his way through college at the local supermarket.